I'm very pleased to welcome author Suzie Tullett to the blog today with a guest post and an extract from her new novel, Little White Lies and Butterflies. 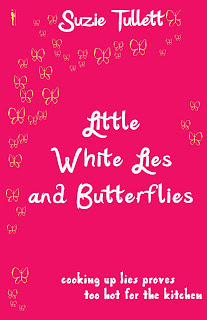 During an interview, I was once asked if there are any key issues that come up again and again in my work. What my core themes are? Up until that point, however, this was something I hadn’t ever consciously thought about. Moving on from one project to the next meant putting all my efforts into what I was working on in the here and now. And so engrossed I became in each and every project, I’d never actually felt the need to compare them before.

Once the question had been asked though, I started to look at my work through different eyes and as such, I began to realize that, yes, there is a thematic link in much of what I write. Just as in Little White Lies and Butterflies, my storylines often revolve around a secret that’s being kept; secrets that impact on everyone around them albeit to varying degrees, whether my protagonists want to admit it or not. 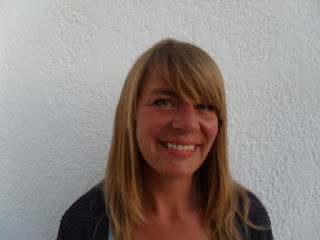 Now for an author who likes to write about ‘real’ people, to write stories with characters that everyone can identify with, I found this to be something of a positive revelation. I mean let’s face it, we as bone fide individuals often portray one thing to the outside world, when what’s actually going on inside of us is quite something else. There are things we struggle to come to terms with both big and small and in and about ourselves that we don’t want anyone else to know. So as we go about our day to day business we simply pretend they don’t exist. A fact that often means lying to ourselves as much as it does to everyone else.

Of course, in both real life and in fiction we also have to come clean at some point. Eventually we and our characters have to face up to these things no matter how long we’ve been keeping them a secret – for our own sanity or, indeed, that of our protagonists, if not for anyone else!

And whilst, yes, the consequences can be just as scary to deal with as they can be dire, I suppose in the meantime we just have to hope we can manage any subsequent fall out. Moreover, we have to hope that come ‘The End’ we’re finally able to experience our very own happy ending.

Here's an excerpt from Little White Lies and Butterflies...

Following the incident at the beach, I had been hoping to avoid any future
contact with Sam the Climber, yet here he was, larger than life. Not that I
was sure which had bothered me the most-the football in the face, or the
slightly unnerving eye contact. Neither of which I wanted to experience ever
again and I wondered if I should just get up and leave while the going was
good. But my drink still hadn't arrived and the last thing I wanted to do
was look rude in of front Efthimeos. I had to think of something else and
quick.

Grabbing my book from my bag, I opened it up and used it to shield my face.
This should do it! However, just to make sure I began sinking lower and
lower into my seat, until I was horizontal to the point I was almost on the
floor. Now he'll never notice me.

I wondered if I should take a peek just to check on his whereabouts. But
before I got the chance, a drink landing on the table in front of me caught
my eye instead. It wasn't the simple glass of coke I'd originally ordered, I
further noticed, but some fancy, fandangle cocktail.

I stared at the umbrellas, the tinsel and the cherries on sticks, not even
daring to look up.

'There you go,' said Sam, indicating to the heavily adorned concoction. 'Not
just my apology, but as requested, the most expensive drink on the menu.'

I put my book down and began the difficult task of hauling myself up into a
more vertical alignment. 'I didn't request it,' I replied ungratefully. 'In
fact, if I remember rightly, I said such a purchase wasn't necessary.'

My unwanted guest just carried on standing there, for some reason refusing
to see this as his cue to leave-choosing instead to raise an eyebrow. He
nodded to the drink. 'Well,' he asked. 'Aren't you going to at least try
it?'

I considered his request for a moment, deciding it was a small price to pay
if it meant getting rid of the man. And, duly picking up the glass and
locating the straw from among all the flora and fauna, I took a long hard
draw. 'Jesus, Mary and Joseph!' I spluttered, all at once choking and
coughing. 'What the hell's in it? Meths?'

Sam laughed. 'A bit of everything,' he said. He plonked his beer down on the
table and took a seat, uninvited.

'Well excuse me if I don't share your amusement,' I replied, realising that
was the second time that day he'd tried to kill me. 'And I don't remember
asking you to join me either.'

There was something of a twinkle in his eye and thanks to his air of
confidence I could see that he was one of those men used to getting his own
way when it came to members of the opposite sex. However, I'd met his type
before and knew there was no way he'd ever come across the likes of me. Such
a sparkle might've been enough to make any other girl go weak at the knees,
but unlike theirs, my kneecaps were made of sterner stuff.

A child of the nineties, Lydia Livingston is different. The last thing she’s ever wanted is to be superwoman; she knows first-hand that ‘having it all’ isn’t everything it’s cracked up to be. As far as she’s concerned, when it comes to job versus family, it’s a definite case of one or the other. And whilst most women her age have spent years climbing the corporate ladder, she’s made a career out of bagging her perfect man. At almost thirty and still single, Lydia wonders if she’d made the right choice all those years ago. And realising the time has come to take stock, she goes against her family’s wishes and banishes herself off to a distant land—all in the hope of finding a new direction.
At least that’s the plan.

But Lydia Livingston isn’t just different, she’s misunderstood. A fact she knows all too well. So when the totally unsuitable Sam comes along, she decides to tell a little white lie, re- inventing herself as a professional chef – not exactly the best new identity to come up with for a woman who can’t even cook. Of course, the last thing she expects is for him to find out the truth and start blackmailing her. Let alone find herself roped into catering for a local wedding. But with things going from bad to worse, her madder than mad family also turn up in something of a surprise visit, intent on celebrating a birthday she’s no intentions of celebrating!