Today I'm delighted to share a guest post with you from author Jane MacKenzie. Jane's debut novel is Daughter of Catalonia, and is published by Allison and Busby on April 17th 2014. 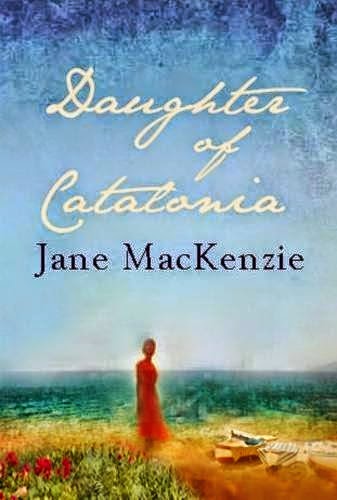 What makes a novel historical? by Jane MacKenzie

People are fascinated by the past. So, it’s understandable why so many good novels might be termed historical, including my own, Daughter of Catalonia. The period of my novel ranges from 1935 to 1958, before I was born. But it doesn’t feel like a historical novel to me, and when I look back on how the book was born it isn’t a period in history that I think about first, but a place.

I have a home in Collioure, surely one of the most beautiful places in France, just twenty kilometres from Spain, and full of Catalan influences. Matisse and Derain discovered colour here, and Picasso spent an important part of his life close by. With the Mediterranean on one side, and the Pyrenees on the other, the region grows peaches, and cherries, and apricots, and above all grapes, on the plains and on craggy hillsides where the sun bakes the ground hard and the vines cling like crow’s feet to the rocky soil. But this isn’t a region of grand wine chateaux, or indeed the glitzy Riviera. It is a place where fishermen and wine growers have always eked out a living a bit like the crofters in my native Scotland – small-scale and hardy, and keeping a lot of the good stuff for themselves! 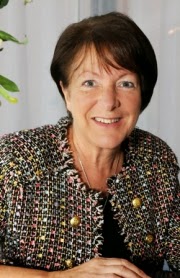 So they made me want to write, but not the typical book by English settlers about how they converted a farmhouse, or the story of the holidaymaker who meets a romantic Frenchman. I wanted to write about the Catalans themselves.

It was a 91 year old ex-fisherman whose stories set me exploring the region’s past, and I ended up writing a novel which explores the war years, and the effect of the German occupation on ordinary lives in France. Setting the main action of the novel in 1958 allowed me to explore how people recovered and resumed their lives after the war, and I kept my promise to myself, so that my key characters are the fishermen, the schoolteacher  and the bar owner who make up the ordinary life blood of local villages.

But to me they don’t feel like historical characters. Perhaps a real historical novel is one set before living memory. The people who were falling in love and having babies in Collioure in 1958 are still alive today, and I know many of them. It is living history that I’ve written about, and the streets through which my own lovers walk, and the vineyards and the mountains which are their backdrop, are as real and unspoiled today as they were then. I imagine them now as elderly people, strolling down for a coffee or glass of wine in my favourite local café. They would be the age of my father, and he isn’t yet history!

But the research required to write the book was just as intensive as I imagine writing about the 15th century must be, and it focuses the mind to know that if you get your facts wrong you’ll get your knuckles rapped by readers who remember the period perfectly! And my next novel is set in the 1960s, so the pressures can only increase. A recent BBC survey of eminent academics came to no firm conclusion about when history stops and the ‘current era’ begins. One said history began a second ago. Another said it ended in 1968. For me it will be when I start writing about years I remember myself, so that I’m not sent flying to reference books to research. But where would be the fun in that?

When charismatic Spaniard Luis elopes with high born Elise from Paris in 1935, and takes her to live in Catalan France, they little know that war is going to rip France apart, separate them, and ultimately destroy them both, sending Elise into unhappy exile in England, and Luis to his death in the French Resistance.
It is many years later, in 1958, that their daughter Madeleine escapes to France, to the beloved village of her childhood memory, to seek out her roots and the truth of her parents’ story. Her journey liberates her from a childhood of stifled gentility in her grandparents’ home, and takes her through glitzy Paris and on to the heat and passion of Catalonia. But her arrival in her childhood village unleashes more than she had bargained for, as Madeleine confronts the secrets of war and learns the shocking truth behind her father’s death. And as her own Catalan love story begins, she has to come to terms with her past, and learn to forgive and to believe in the legacy of love her parents left behind.
Daughter of Catalonia is a story about love and war, about rupture and healing, and about survival and ultimately hope. It is a love story born in the heat of the Mediterranean sun.
About the author...

Jane MacKenzie has lived and worked in many far flung corners of the world, including the Gambia and Switzerland. Having built her own business and enjoyed a spell working at CERN in Geneva, Jane realised her dream of writing. She splits her time between the Scottish Highlands and Roussillon in the South of France, the region which inspired Daughter of Catalonia.
Follow her on twitter: @JaneFMackenzie
Author's Website: www.janemackenzie.co.uk
Posted by Lindsay at 09:00