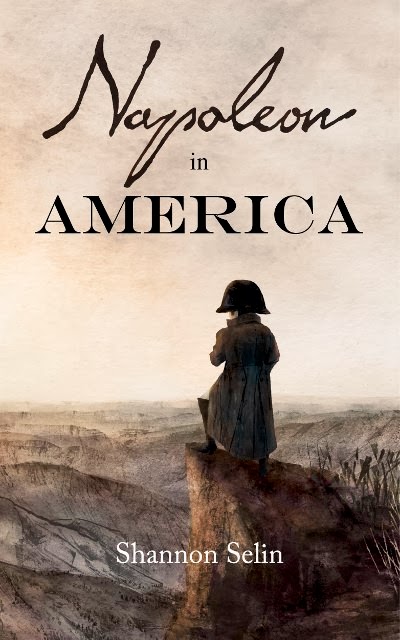 Thank you to Lindsay for hosting me on the Little Reader Library. It’s an honour to be invited to share with you some thoughts about writing Napoleon in America (January 2014), which imagines what might have happened if Napoleon Bonaparte had escaped from St. Helena and wound up in the United States. 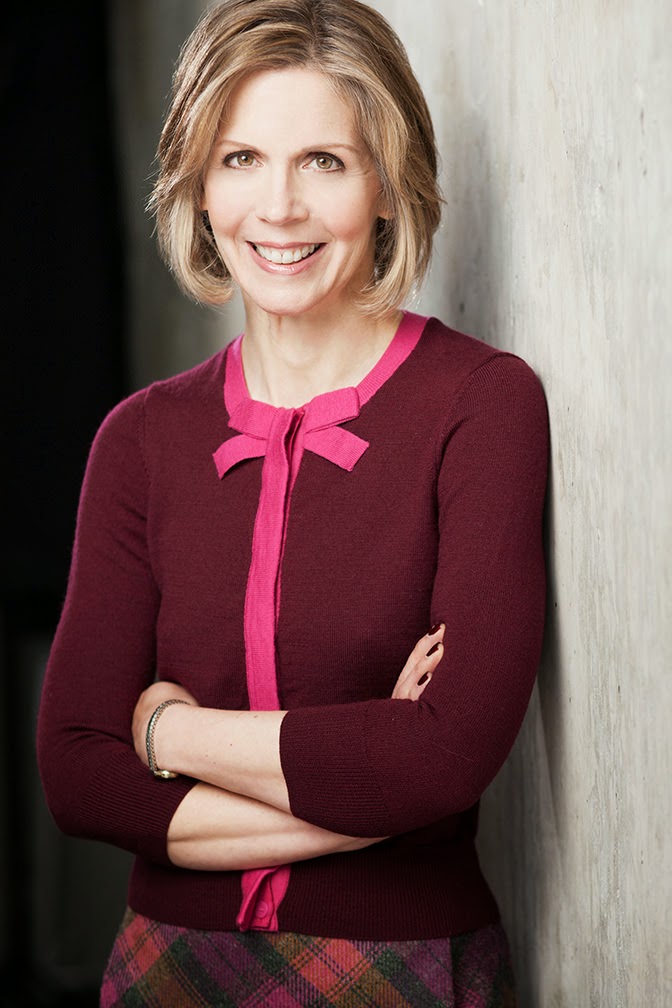 The idea for the novel stems from a visit to New Orleans almost four years ago. My husband and I stopped for lunch at a restaurant called Napoleon House. It’s called that because in 1821 some pirates were planning to rescue the former French Emperor from the island of St. Helena – where he was exiled after losing the Battle of Waterloo – and bring him to New Orleans to live in the building. As legend has it, on the day they were to sail, they learned that Napoleon had died.


Reading this on the menu, I said to my husband, “Wouldn’t that make a great story, if Napoleon had come to America.” He said, “Why don’t you write it?” I thought, why not?
My father was a history teacher who was fascinated with Napoleon, so I grew up immersed in tales about him. We visited the Waterloo battlefield when I was fourteen. History was always very close for me, something alive and interesting.
I started researching that afternoon, with a visit to the Cabildo, where the ceremony that marked the transfer of the Louisiana territory from France to the United States in 1803 was held. The museum houses a copy of Napoleon’s death mask and other Bonapartist memorabilia. New Orleans was still very much a French city in 1821. It was easy to imagine Napoleon disembarking there.
Symbolically, I wanted Napoleon to land in America on May 5, 1821, the date of his actual death. I looked back three months before that – approximately the time it would have taken to sail from St. Helena – and found an event in his captivity that might have engendered some confusion, during which Napoleon could have slipped away. One of his companions, Fanny Bertrand (the wife of General Henri Bertrand), nearly died of a miscarriage.
Because of my grounding in history, I did not want the book to be a pure flight of fancy. It had to be plausible, to the extent possible. The two big implausibilities were:
1) that Napoleon could have escaped from St. Helena, given the island’s forbidding geography and all the measures taken by the British to keep him there; and
2) that Napoleon could have lived past May 1821, given that he was dying, probably of stomach cancer. There is a theory that Napoleon died of arsenic poisoning. I don’t subscribe to this, but took advantage of it to assume that if he had been spared the final doses, he might have recovered.
Once I accepted these (that is the joy of fiction), writing the book became an exercise in asking who was around at the time, and what might they and Napoleon have done, given their personalities and the geopolitical context.
I did not have to invent characters. There were Bonapartists in the United States – former soldiers of the Grande Armée, many of whom wound up in New Orleans after their attempt to found an armed colony in Texas failed. Napoleon’s older brother Joseph was living near Philadelphia. I was able to bring in the next generation of Bonapartes: Joseph’s daughter Charlotte; the American-raised son of Napoleon’s brother Jerome; and Achille Murat, the son of Napoleon’s sister Caroline, who actually did come to the United States and eventually wound up in Florida.
I specialized in international relations at university, so to me it was interesting to ask: what would the British, French and American governments have done? The United States was still weak in comparison with the European powers, and was sandwiched between Mexico, chaotically emerging from Spanish rule, and Canada, still a British colony. The European powers were recovering from the Napoleonic Wars, and the Holy Alliance was trying to stamp out revolution wherever it appeared.
The story moves among London (Lord Liverpool and the Duke of Wellington), France (Louis XVIII and his family, as well as Napoleon’s supporters, who expect their Emperor to return to them), Austria (where Napoleon’s son is in the care of Emperor Francis I, who can’t stand Napoleon), and Rome (where Napoleon’s mother and siblings are living). And, of course, Washington, where President Monroe and Secretary of State John Quincy Adams are intent on staying out of European politics. Napoleon landing on their soil is their worst nightmare.
Meanwhile Napoleon is dealing with his own demons. He has been defeated. He has not been on the battlefield for six years. He is in physically poor shape. He is concerned about his legacy, and about the future of his son. Public opinion was very divided over him, as it still is.
I also wanted to imagine Napoleon – who had never been to the Americas – encountering the United States: the vast distances, the unsophistication of the culture compared to Europe, the practice of slavery, and the customs of the North American Indians. I will leave you with an excerpt from Napoleon in America, in which Napoleon first experiences voudou (voodoo) in New Orleans. Rose, a slave who belongs to the owner of Napoleon House, thinks the practice will help cure the Emperor of the malady with which he arrived from St. Helena.
If you’d like to read a longer excerpt, please visit my website (shannonselin.com). You can also read some of my short stories there, and check out my blog, where I talk more about the characters and other things I have come across in my research.

Excerpt from Napoleon in America by Shannon Selin

On Sunday Rose put on her best white cottonade gown, tied her finest yellow handkerchief around her head and went to mass. Beneath the jingling bells of St. Louis Cathedral she lit a candle and asked Père Antoine to say a prayer for Napoleon. After the service, she sought out her friend Marie Laveau Paris to make a gris-gris for the Emperor. Together they walked down Orleans Street to the area behind the Vieux Carré known as Congo Square, where Marie gathered the herbs and roots and animal parts she needed from the slaves’ market. While Marie fixed the gris-gris, Rose munched on a fried rice ball, then joined a swaying and clapping circle around a group of dancers. Men in African dress, ornamented with the tails of wild beasts and shells jiggling from their arms and legs, jumped and flailed to the thunder of an old man beating on a kid-skin drum and a woman pounding a gourd with two sticks. As the men danced, they chanted, to which Rose and the others responded with a two-note refrain. By the time the sunset gun dispersed the crowd, the gris-gris was ready. Marie came with Rose to present it.
“What is this?” asked Napoleon.
Marie said she would use it to call on the saints and spirits to intercede with the highest god, Bon Dieu, for his recovery. Rose said it was magic. Marchand expressed skepticism, but Napoleon, who believed in omens and lucky stars and remembered what had happened when he ignored the ghostly little red man’s warning not to launch a campaign that would take him into Russia, said, “That is fine.”
Marie spread a white cloth, on which she placed stones, candles, a picture of St. Mary, and an offering of congri and oranges. She lit the candles, cut a lock of Napoleon’s hair, put it in the gris-gris bag, and set the bag on the altar. Kneeling, she made the sign of the cross and said the invocation, “Aïe! Aïe! Voudou Maignan,” followed by the holy words and the incantation for healing. In the flickering light she herself looked otherworldly, her skin pale, her eyebrows arched, her plaid tignon a towering shadow on the wall. Napoleon closed his eyes and recollected the spells his Corsican wet-nurse had chanted over him to stave off demons.
Rose drew Marchand aside to explain that someone needed to pay for the gris-gris.
“The Emperor has no money,” said Marchand. It was true. They had been able to carry very little from St. Helena and had not yet turned any of it into specie.
Marie said the materials for the gris-gris were rare and expensive, the spirits difficult to invoke, fickle even, if due consideration were not given. She cast her eye around the room. “That will do.” She pointed to a gold snuffbox.
“Give it to her,” said Napoleon. “She has let me dream at ease.”

Napoleon in America on amazon.co.uk


shannonselin.com
Posted by Lindsay at 09:00