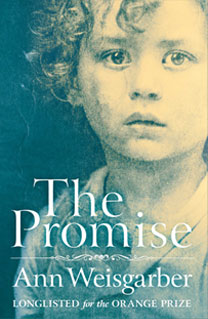 Set in 1900, this moving novel tells of a talented young pianist, Catherine Wainwright, who leaves Dayton, Ohio having been involved in a scandalous affair and subsequently found herself ostracized by the community. In desperation she starts writing once more to the man she once corresponded with years before and who admired her back then, Oscar Williams. They agree to marry, and Catherine travels hundreds of miles to Galveston in Texas, where Oscar has now made a life for himself. He is recently widowed, with a young son named Andre, and his housekeeper Nan who promised Oscar’s late wife Bernadette that she would care for Andre.

Everything about her new environment is a shock to Catherine; meeting Oscar and getting to know him again after all the time that has passed, learning to deal with a young child who misses his mother as well as the housekeeper who has a firmly established place in the household, getting used to the remote, unfamiliar place that is now her home, coming to terms with having left everything she has known hundreds of miles away. So much change, so much upheaval for Catherine.

Then there is Nan, who has her promise to take care of Andre, but who is distrustful and suspicious of Catherine when she arrives, and wonders at the different behaviour and ways she brings with her. For Nan, Catherine’s arrival also means that the romantic feelings for Oscar that she has tried to hide will now never be reciprocated. Whilst they are all dealing with these new relationships and struggles, the biggest test of their lives comes from nature in the form of the worst storm in US history.

This is a very absorbing and well-crafted historical novel, with a firm sense of place and time that I felt totally transported to. Ann Weisgarber has created two distinctive and strong female voices as narrators in Nan and Catherine. I felt sadness for Nan because she loves Oscar too and has to witness the affection that he shares with Catherine. Nan is such a key part of the household yet she is always slightly on the outside, whereas Catherine arrives and is immediately part of Oscar and Andre’s family, which is understandably hard for Nan to stomach. Catherine looks to make a new start in Galveston with Oscar, having been in a desperate situation and seen this as her last opportunity. I admired Oscar, who had traveled south years before and made a home and life for himself, and who is a kind and trusting man. As I read, I was intrigued as to how these characters would relate to each other and what conflicts may arise. The author captures and portrays the subtleties of the relationships really well, with small moments that have huge significance.

The novel highlights the vulnerability of humans to the devastating forces of nature, with the author combining the real storm that took place in Galveston, Texas, with her fictional tale. It is a beautifully understated, character-driven story of promises and secrets, of disgrace and suspicion, of jealousy and love, and it is a compelling and emotional read which I greatly enjoyed. I shed a tear at the end.

Thanks very much to the publisher for kindly sending a copy of this novel to read and review.

You can find the author on twitter @AnnWeisgarber and visit her website here.
Posted by Lindsay at 09:00