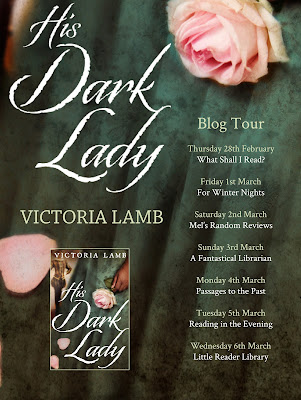 Today I am delighted to be part of the Blog Tour for His Dark Lady by Victoria Lamb!

This novel is a follow-up to The Queen's Secret which was released last year and which I loved! You can read my review here.


I am featuring a fabulous extract from His Dark Lady below to whet your appetite, as well as a super competition with 3 copies of the novel available to be won!


Extract from the novel

Fresh buds on the trees, the love-dance of the peacock shaking the ‘eyes’ on his splendid blue-green tail, a weak April sunshine on the grassy lawns. These were some of her favourite sights in spring. Yet Elizabeth could hardly bear to stop and admire them as she paced the neatly kept paths and gardens at Greenwich Palace. She bit her lip, rubbed and clapped her gloved hands together, now walking briskly, now standing in a daze like a moonstruck calf. Where had Robert gone? What was he doing that was so important it must keep him from court? She had thought they were growing closer again, this past year. Why would he cause her this new grief?
The Earl of Leicester had come back to court from the country on her summons, then kept mysteriously to his own suite of rooms, claiming to be ill. Now he had vanished entirely, and without asking her permission to leave court. It seemed the earl had been ferried back across the river with his servants to sit out a fever at Leicester House, her spies had told her apologetically. But Elizabeth could tell they were unsure of their information. Shuffling feet, downcast eyes. Hurriedly penned notes that spoke of indecision. Might be there, Your Majesty. May lately have been seen in the vicinity.
Idiots! And they dared to call themselves her spies. She should have them all strung up as fools and knaves. Except, as her spy­master, Sir Francis Walsingham, was fond of reminding her, she would then get no information out of them at all, let alone this embarrassed throat-clearing over Robert’s whereabouts. What were they trying to hide from her?
It had once again become her custom to walk out with her ladies in the early mornings. It had been another bitter winter, ice remaining on the ground long after it should have thawed, and the stiff green tips of spring flowers frozen where they grew. But now it was late April, and at last Elizabeth was able to enjoy the sweet breeze and the birds calling to each other in the spring sunshine. Such a relief, she thought, to leave behind the choking air of chambers where night pots had not yet been emptied nor soiled rushes swept away. They had been in residence several months now, and it was becoming impossible to mask the stench of the privies with burned herbs or sweeten the odour of unwashed flesh with pomanders.
She turned back towards the palace. ‘Speak, what is it?’ she asked brusquely, seeing one of her stewards hurrying towards her.
‘The Spanish ambassador awaits you in the Presence Chamber, Your Majesty.’
Signor Mendoza! She had forgotten their meeting this morning. She thought of his watchful eyes and the dark oily sheen of his hair, but could not quite find it in herself to dislike the man. He might be reporting every movement she made back to Spain, but at least he understood how to entertain a bored queen with ­gossip.
‘What’s that?’ she demanded. Something had fluttered slowly down from an open window above their heads. Elizabeth stared upwards, but it was impossible to make anything out against the sunlight. ‘Pick it up, man, and give it to me. Is it a letter? From whose window did it fall?’
‘Window?’ the steward repeated blankly, but craned his neck upwards at her command. ‘I cannot tell, Your Majesty. I see no one.’
The letter was not addressed to anyone; it merely held a few lines in a bold hand. Her blood chilled as she read them.
‘I do not believe it,’ she choked, then crumpled the letter up tight in her gloved hand.
God’s blood, could it be true?
Remain calm, she told herself, aware of her women staring. Remember that you are a queen. Reveal nothing.
‘Send for Lord Leicester. I would speak with him at once.’


Competition! - 3 copies of His Dark Lady to be won!

To celebrate the launch of the book, thanks to the publishers, I am offering 3 readers of my blog the opportunity to win a copy of His Dark Lady.

To enter, please leave a comment below. Within the comment, I'd love to know which is your favourite play by Shakespeare, if you have one.

For another extra entry, follow this blog by Google Friend Connect by clicking on the 'Join this Site' button in the right-hand column of this blog.

Please include in your comment a way of contacting you if you are not a follower here/on twitter/another blogger who I can find by clicking on your name.

The competition closes on Wednesday 13th March and is open to UK based entrants only this time as specified by the publisher.


His Dark Lady is published by Bantam Press and is out now in hardback. 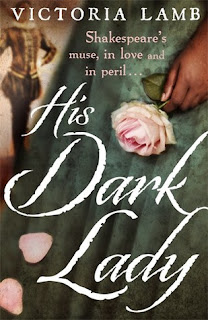 Gripping and intense, Queen Elizabeth’s court will be rocked by scandal, betrayal and a plot to assassinate the Queen!

When young, aspiring playwright William Shakespeare encounters Lucy Morgan, one of Queen Elizabeth I’s ladies-in-waiting, the two fall passionately in love. He declares Lucy the inspiration for his work, but what secret is Will hiding from his muse? Meanwhile, Lucy has her own secret – and one that could destroy her world if exposed.


On a far greater scale England is in turmoil. Queen Elizabeth’s health is deteriorating, her throne under siege from Catholic plotters and threats of war with Spain. Faced with deciding the fate of her long-term prisoner, Mary, Queen of Scots, she needs a trusted circle of advisors around her now more than ever. But who can she turn to when those closest to her have proved disloyal? 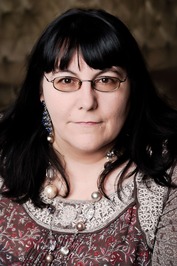 Shakespeare’s muse, in love and in peril...

While studying Elizabethan and Jacobean playwrights at Oxford University, Victoria Lamb had a desire to write a series of novels about Shakespeare’s ‘Dark Lady’. Along the way, she has published five books of poetry under the name Jane Holland and edited the arts journal Horizon Review. She is also the author of a series of Tudor novels for teens.
Victoria is the daughter of best-selling romantic novelist Charlotte Lamb. Victoria lives in a three-hundred-year old farmhouse on the fringe of Bodmin Moor, Cornwall, with her husband and young family. She is currently working on her third novel featuring Lucy Morgan.